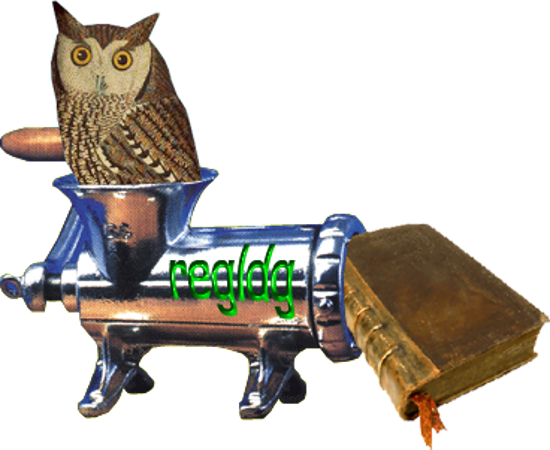 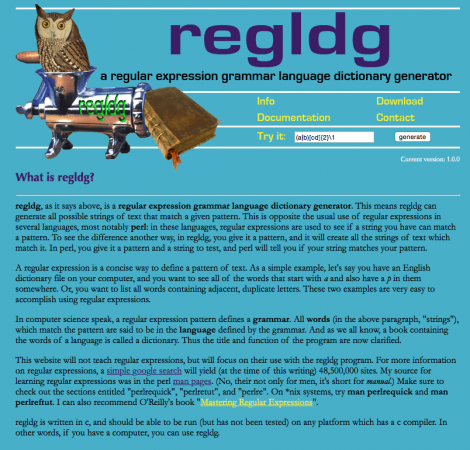 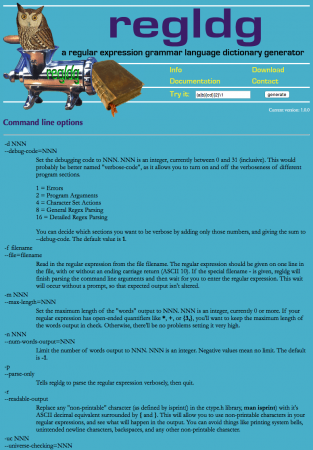 Have you ever had a need to make a list of every possible word that matched a particular pattern? No??? Well, we admit that this project won’t have universal appeal. That won’t stop us from sharing it though!

Patrick had a need to generate a list of all possible words that followed a particular pattern, but he could not find a computer program that could do this. So, he dug in and built REGLDG. REGLDG is a command-line program written in C that takes a pattern for input and generates every possible word (or phrase) that matches that pattern.

The patterns are described using regular expressions. These are an extremely powerful aspect of some programming languages, popularized (at least for me) by Perl. They elegantly describe patterns of character sequences and have many uses, such as validating user-entered text (e.g. an e-mail address or a phone number). His abilities with regular expressions grew immensely during the development this program.

After REGLDG’s completion, he used it to generate the word list he needed, and then released it to the world to help others who might have the same need.

REGLDG is opens source software licensed under the GPL v3.

The source code and extensive documentation are available at https://www.regldg.com.