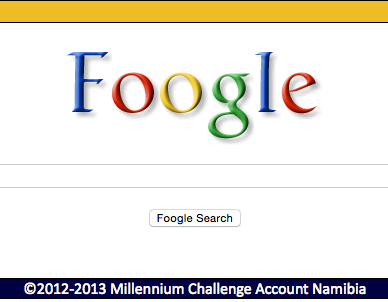 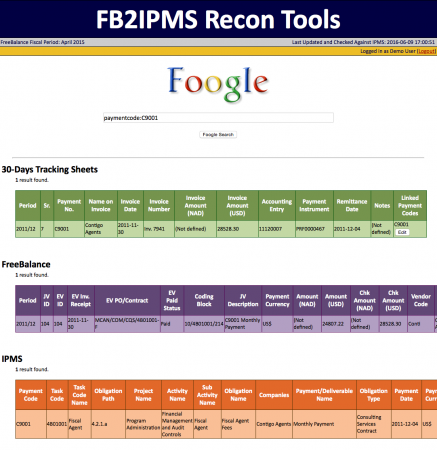 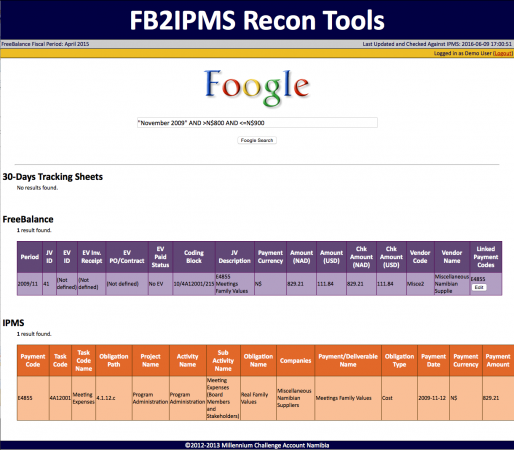 Foogle is a smart search engine for financial data. Developed as part of a suite of tools to perform a reconciliation of data between three sets of financial data, Foogle made life easier for many people. We’re featuring it separately because we think it deserves its own attention.

Foogle was developed in a modular fashion, making the creation or modification of recognized terms and their modifiers quite easy.

Over the course of a 20 months, MCA Namibia staff used Foogle to perform over 10,000 searches as part of their daily activities.

Feel free to take Foogle for a spin on our demo system (containing fake data).

1. To find all payments to Mahogany Co. in fiscal year 2, you could search for:

2. To find all payments between 700 and 800 Namibia dollars made during November 2009, you could search for:

3. To search for payments related to law, you could search for: